Living in a cozy tiny home requires a minimalist approach to life. Since most the time spent in your tiny space will be sleeping, a good bed made for small spaces is essential. Conventional beds and headboards are not very practical when every square inch is at a premium. Limited space means that a stiff square mattress is harder to move in and position. Futons make a great sleeping option and can double as sitting space during the day.

For the bedroom, you can opt for an air mattress or an inexpensive portable bed. The first thing that comes to mind when you say “inexpensive” is cheap and very uncomfortable. There are however some great mattress solutions to help you get the best night’s sleep possible.

DreamCloud Luxury Hybrid Mattresses builds a multi-layer foam system that requires no box spring. For a limited time get $200 off DreamCloud mattresses.

Nectar Sleep Mattresses has one of the best new sleep systems we’ve discovered and the perfect fit for tiny home living. The system rolls up into an easy to carry bag making move in and setup a snap. Nectar offers a 365 Night Sleep Trial to give you ample time to decide if it’s right for you. Besides being a great mattress, with a forever warranty no less, they have one funny TV commercial. Watch below.

Learn me more about NECTAR mattress

Futons are a great way to maximize your living space while being able to sleep more occupants. The perfect sleep option for tiny home living. 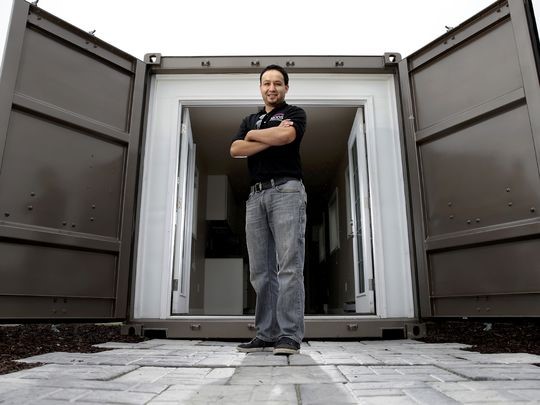 Yes, you’ve heard right, we now offer tiny homes on the Amazon marketplace. To be realistic, it’s not like shipping a TV set or a toaster. Some planning is involved and these units require site preparation. They should be placed on either a full slab, a frost wall or sonotube foundation. There is one connection on the bottom for the sewer (we’ll show you where it needs to be located) and one simple plug and play side connection for water and electric. You can add internet too. These basic living units are fully furnished.

Contact us with any questions you may have about our tiny homes, larger custom homes, restaurants, shops or portable trade show displays. MODS units can also be used for military bases, man camps, equipment storage, data-centers, you name it, we can build it.

We Started a Trend:

MODS was the first to offer shipping container based tiny homes on Amazon. Now others have joined the trend. Here is the current Amazon tiny home lineup. 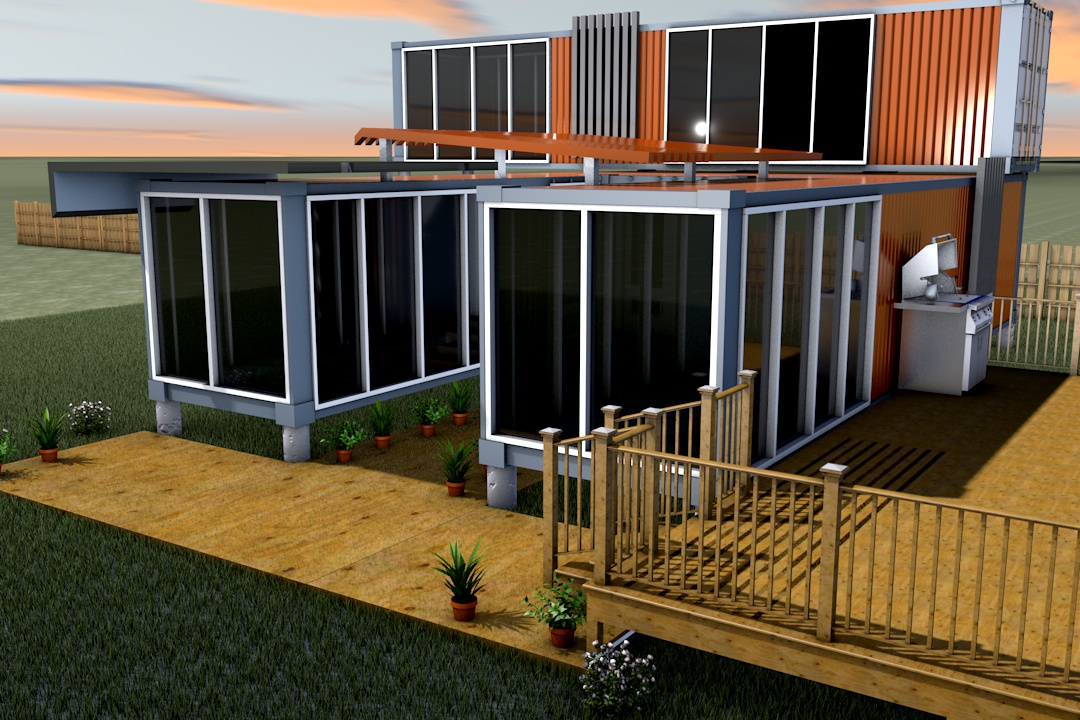 Today’s housing trend is to downsize from large, expensive high mortgage homes into tiny homes with little or no debt.  MODS International specializes in all types of modular structures built using new shipping cargo containers. Recycle containers into modern high tech and affordable housing.  These homes range from the tiny homes 160 square feet up to 3000 + square feet in size.  Cargo Container homes are catching on in the USA and around the world. MODS International is a leader in this new construction method.

According to MODS President, Douglas Larson, “We’ve been in the construction business for over 30 years, we love building new structures using shipping containers”.  First, these are “super structures” with high strength structural steel supporting every square inch.  They are built in the MODS factory, then shipped to the construction site and put together.

Your project is easier with MODS!

Built in a controlled environment and shipped to the new owner completely ready to be bolted together.  MODS International not only builds Tiny Homes, they build offices, retail stores and other types of projects. MODS International designs every project to meet the exact needs of the client.  No matter how small or how large.

When looking at your new home MODS International will sit down and discuss everything you need for you and your family.  This includes not only basic floor plans, but also architectural renderings to show your new home BEFORE construction begins.  You’ll have a tour of your new Tiny Home for every angle and view.  Want to see the interior, MODS designers will provide the interior views all the way to selection of the cabinets and hardware.

MODS recently built a home that will air on a national TV show.  In side the home they custom made barn doors from materials that came from Jim Beam whiskey in Kentucky.  MODS designs and builds very tech homes also with remote controlled heating and cooling.  Want to watch your home on camera? ask MODS,  they will install remote cameras that let you view your home 24 hours a day or night from around the world. Contact Us to design your tiny home dream. 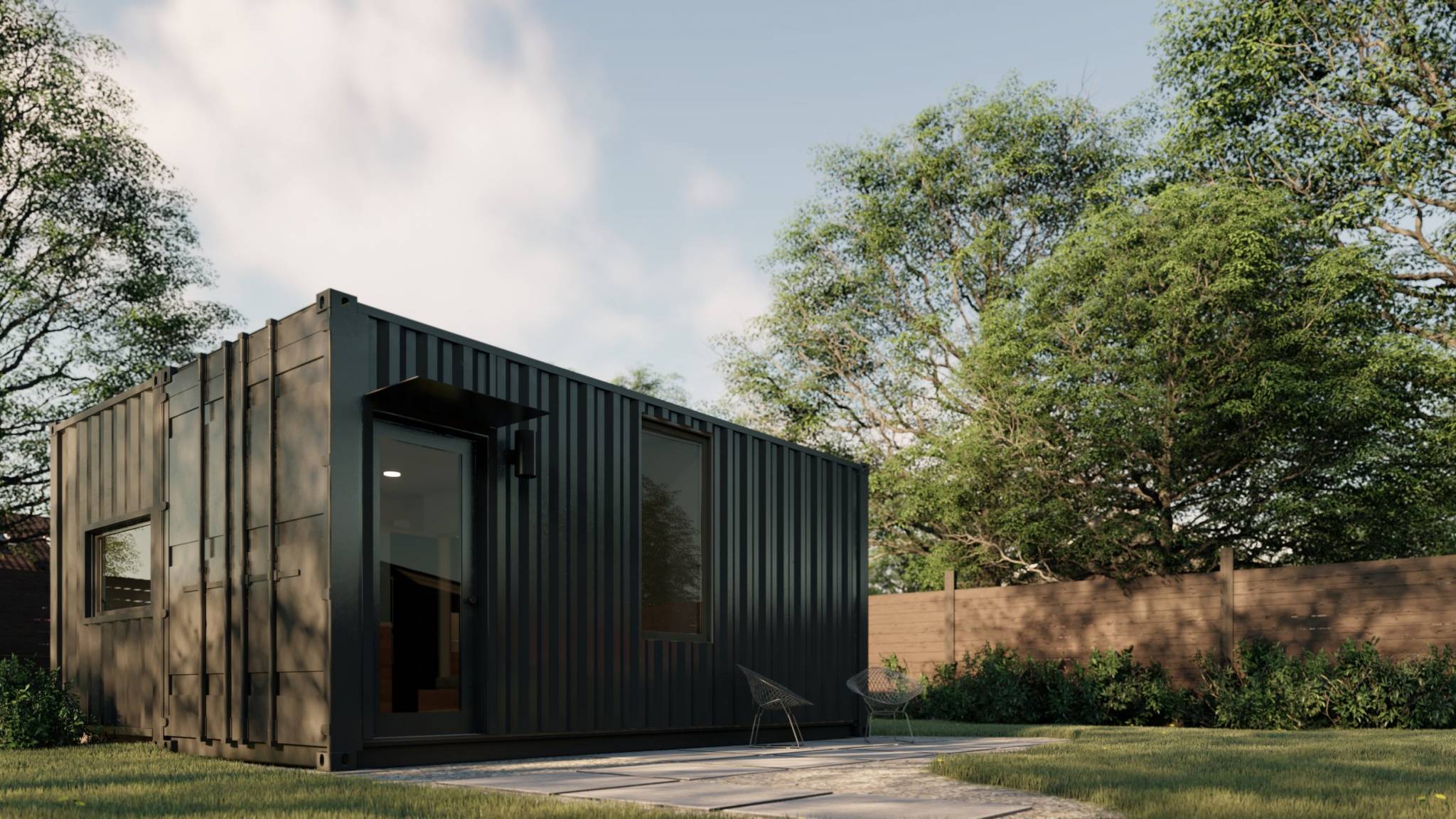 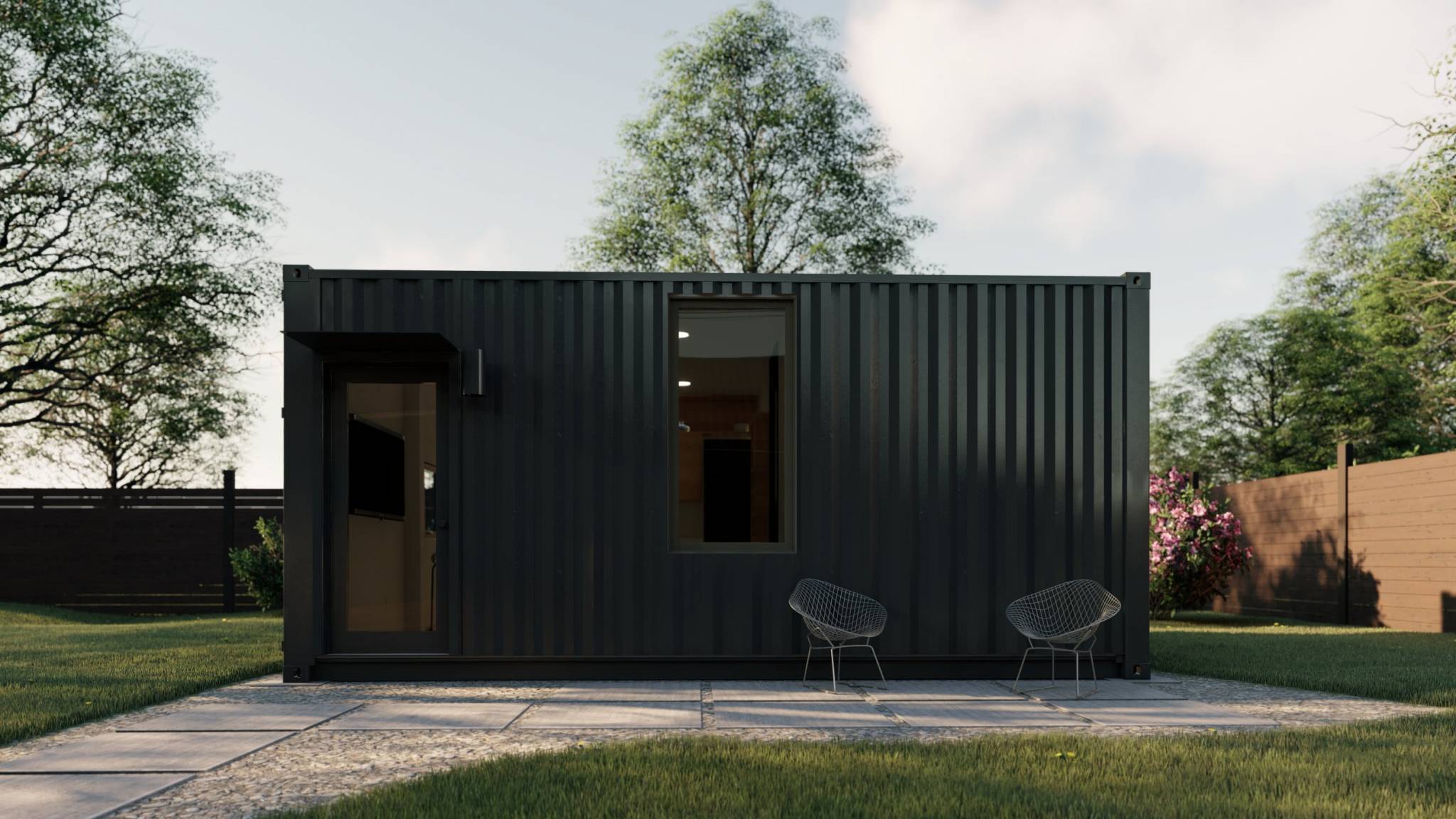 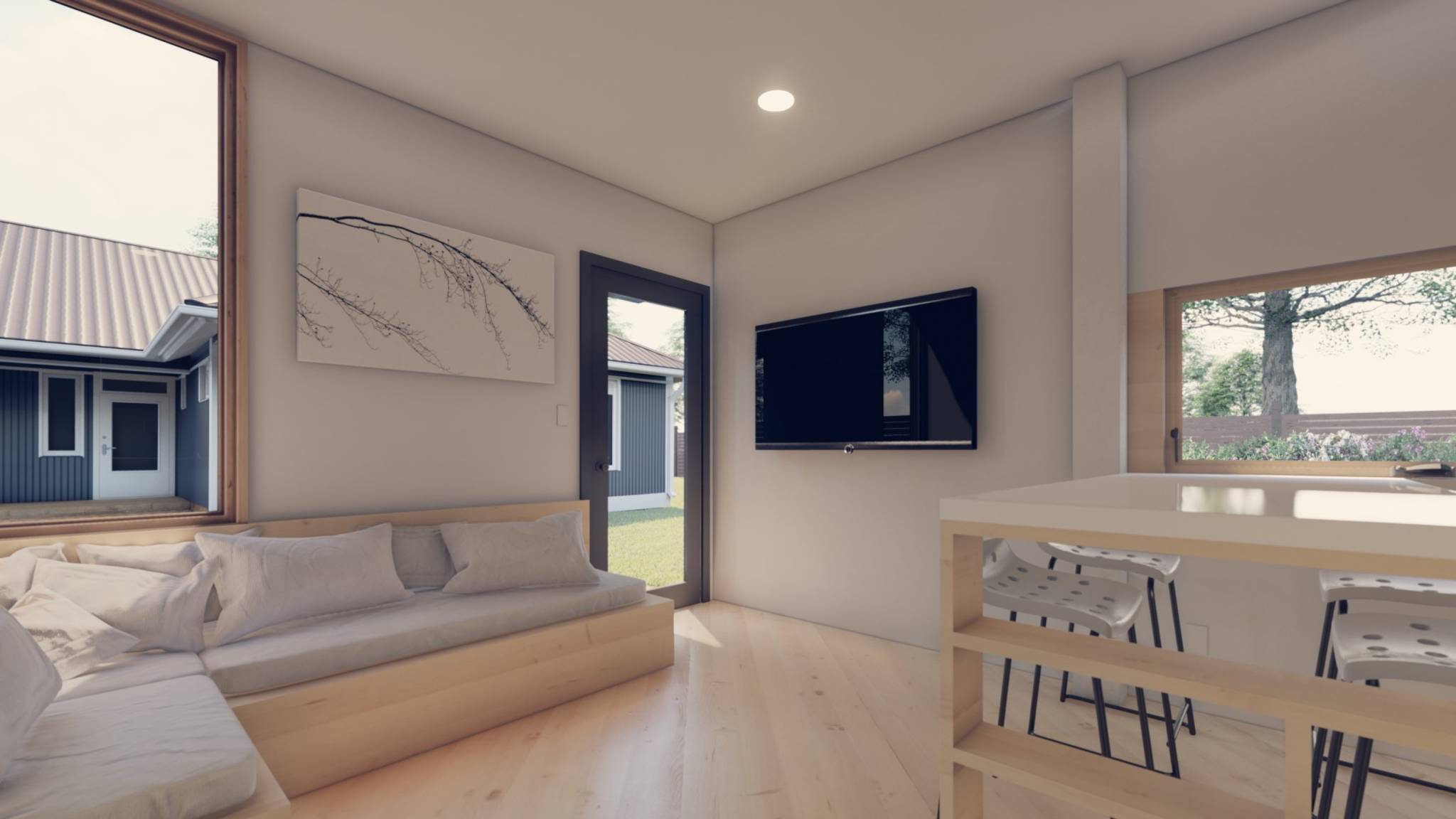 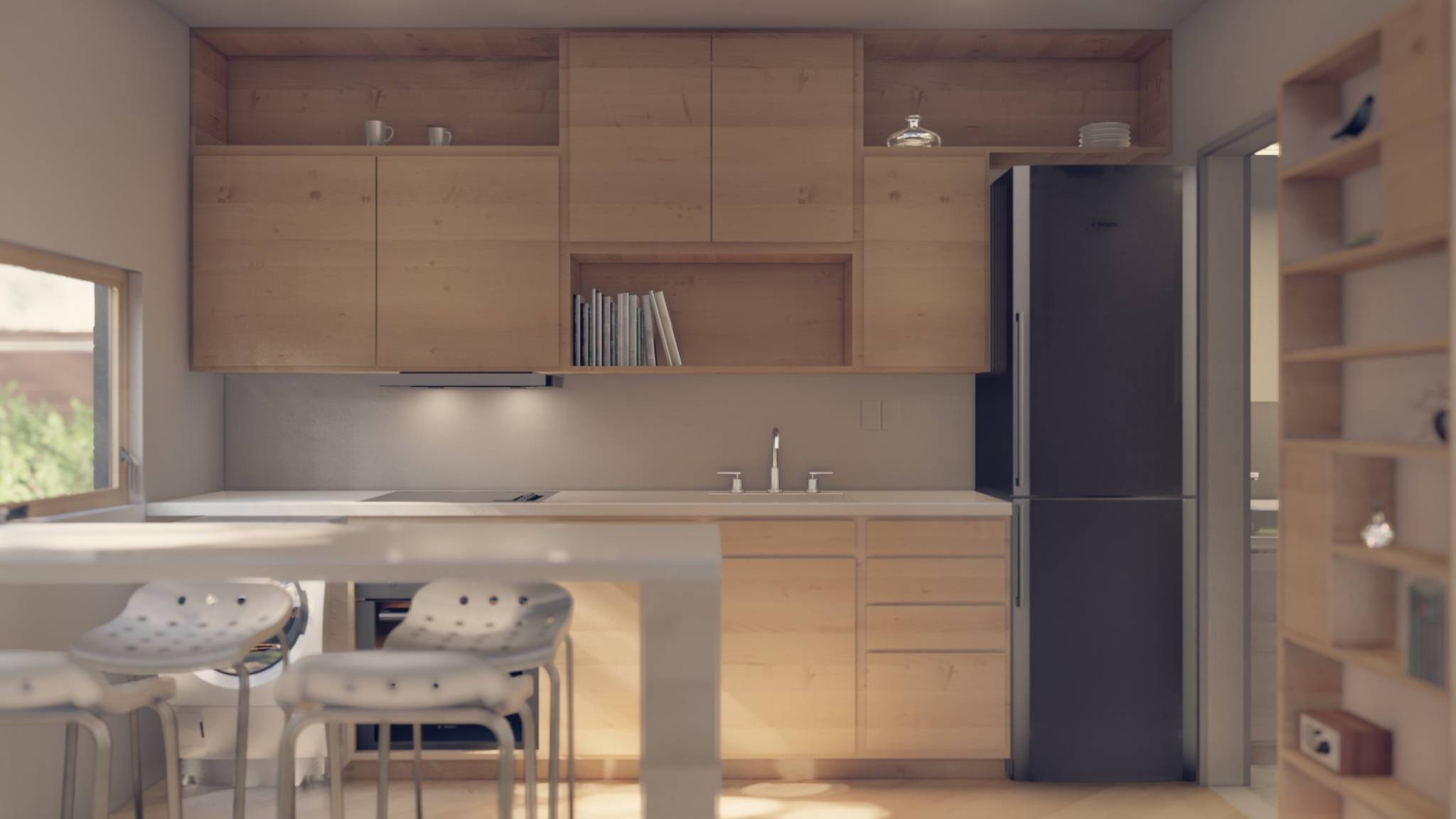 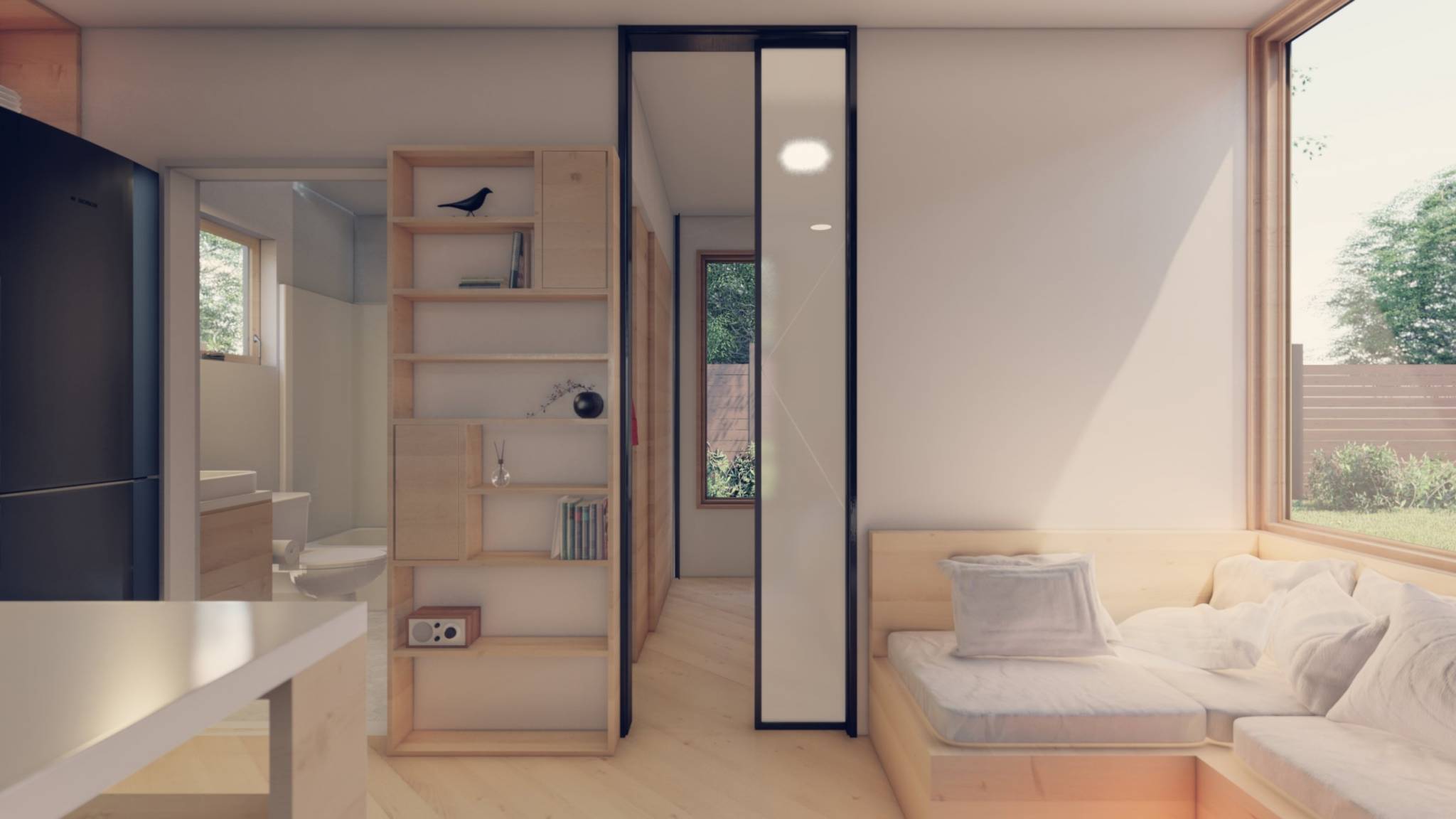 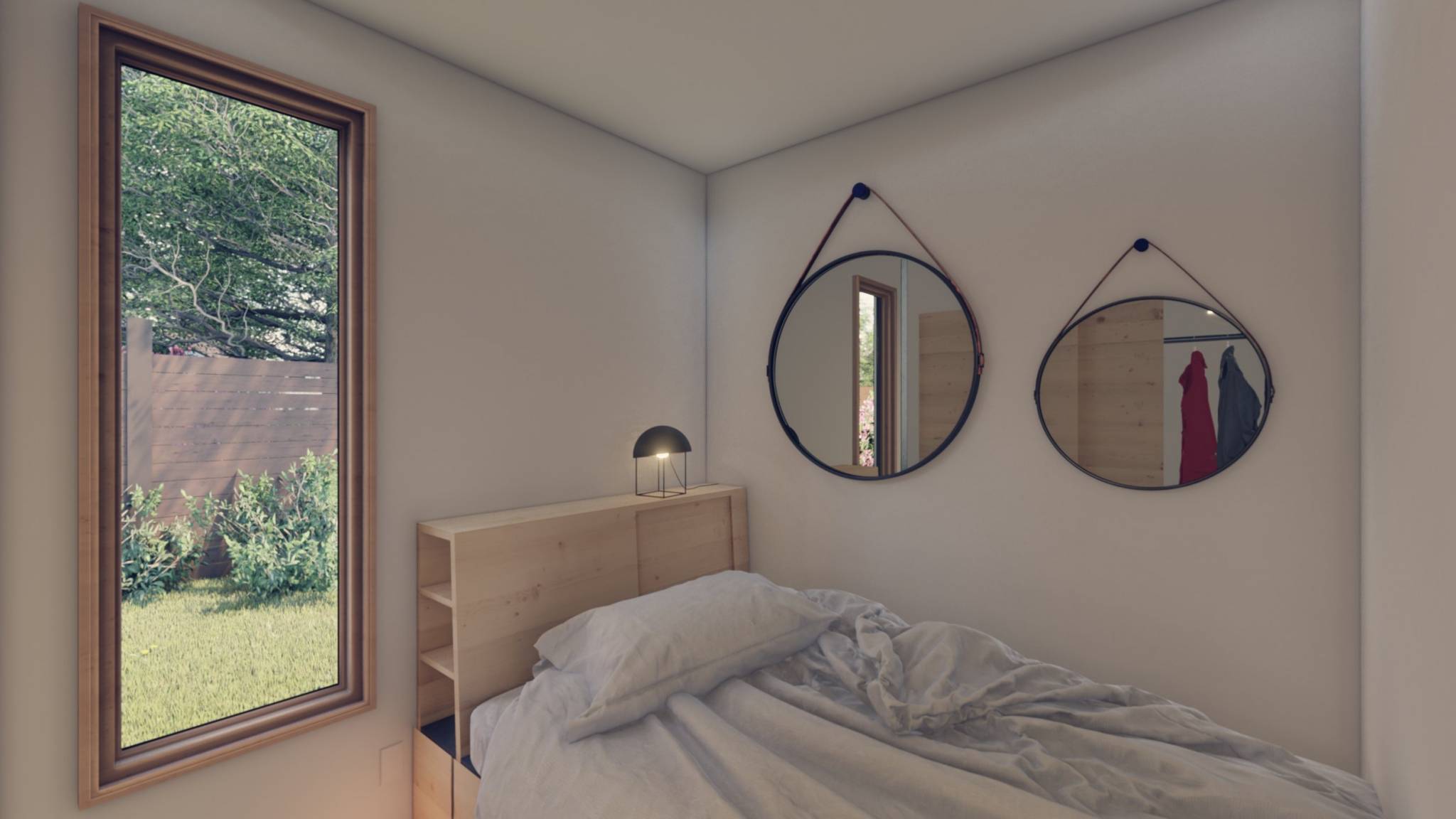 The tiny house movement not only has the internet abuzz, it has now invaded your television.  It’s not surprising that television networks are eager to be involved after seeing the success of tiny house blogs, videos, and documentaries.

Kirsten Dirksen has been blogging and creating YouTube videos about self-sufficiency, simple living, and tiny houses for years.  Her YouTube videos have had over 100 million views.  One of her most popular videos is a full-length documentary called We the Tiny House People she released in 2012.  For five years, Kirsten traveled around the world filming segments about tiny houses and the people that live in them.  The result is a wonderful in-depth look at an assortment of tiny houses and why people choose this lifestyle.

Other filmmakers have followed suit.  Tiny: A Story About Living Small was released in March 2013.  It follows a couple who is trying to build a tiny house on their own, as well as features other families who have downsized their lives to be able to fulfill their dream of living in a tiny house.

Related: Add a home bar to your tiny home.

There are now five main television shows that are all about tiny houses.  All five shows are relatively new, premiering within the last year and I’m sure we will be seeing even more tiny house shows in the future.

The very popular Tiny House Nation on FYI is now on its second season.  John Weisbarth and Zack Giffin are renovation experts and the hosts of the show.  They travel across America to show off creative small spaces and the innovative people who reside in them.  They also assist families who are ready to downsize design and construct their dream tiny house.  The show features both luxury and budget residences and anything from an NYC micro-apartment to a caboose car turned into a home. 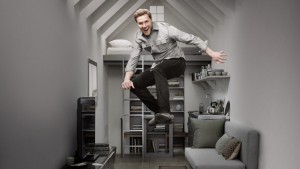 Also on FYI, is Tiny House Hunting.  The show is much like other house hunter shows, but focusing on perspective buyers interested in purchasing a tiny house.  Realtors show each potential homeowner three different small residences for them to choose from.  Full-time homes, as well as vacation homes are featured.

HGTV has also joined the tiny house movement.  Tiny House Builders is a new show featuring Derek Diedricksen.  Derek prides himself on building tiny structures around the world that make the most of their surroundings, which means the locations he builds in are some of the world’s most beautiful, but can also be treacherous.

HGTV has two other shows that feature tiny houses.  One is Tiny House Hunters, where potential home seekers view three houses under 600 square feet and then decide if they want to downsize and join the movement or remain in their current home.  The other new show is Tiny House, Big Living.  This show features couples going through the downsizing and tiny house creation process.  Some couples use a builder and some decide to build their tiny house on their own.

Many people view the tiny house movement as just being people living in cute little houses, but it’s so much more than that!  It’s all about the desire to consume less, leave a smaller carbon footprint, and live simply.  Thanks to the hard work of bloggers, film-makers, and mainstream television shows, more people can learn about the true economic and environmental benefits of tiny houses.

Are you ready to join the movement?  We can help make your tiny house dream a reality!  Contact us today!

The tiny home trend is on the rise! More people are beginning to choose simplicity over space. The tiny home movement is gaining large interest due to its uniqueness and novelty, but for most buyers the real attractions are the reduced costs, the reduced environmental impact due to less electricity and fuel use, and the simpler lifestyle.

Forty years ago, the average size of new houses in the U.S. was 1,525 square feet. Today, the average size has grown to 2,598 square feet, despite a decline in household size. Due to the growing tiny home movement though, many new homes will be drastically downsized. Just a simple Google search for “The Tiny House Movement” brings up thousands of images of beautiful tiny homes as well as blogs, videos, and articles all focusing on tiny homes. There’s even a popular television series called Tiny House Nation that began airing in July 2014.

What Is a Tiny Home?
The typical tiny home is around 100-500 square feet.  They can come in various shapes, sizes, and forms, but the main focus is simpler living in a smaller space. Tiny houses emphasize design over size and utilize multipurpose furniture and space saving appliances. Vertical space optimization is also an extremely common feature. There are many benefits of the tiny home including: mobility, reduced carbon footprint, little or no debt due to the low cost, lower taxes, and decreased maintenance. Scaling down on home size may not be for everyone, but for many people it’s practical and an effective solution to their housing needs. 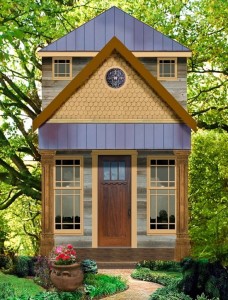 MODS Tiny Homes are built using conventional construction materials like plywood, dimensional lumber, insulation and standard windows and doors plus they have the added advantage of being encapsulated in a secure, hardened steel shell. They are also environmentally friendly, using shipping containers that might otherwise sit in a sea port storage yard, slowly rusting away. MODS inspects these units to check for any hazardous materials and applies a new coat of protective paint. We then outfit the interior and exterior for your desired configuration. MODS can also deliver and install to any location on the planet.

Though many people make tiny homes their main residence, you can also build them as a home office, guest house, cabin or even a great vacation home! If you are considering or are currently in the market for a tiny home, please contact us to find out how we can design and build it to your exact specifications. We can create any design. You dream it, we build it.