Shipping containers are an excellent building material due to their strength and ability to be easily customized.  This is why they are being used for all sorts of creative builds other than just housing.

Who didn’t love building awesome forts out of objects they found around the house as a kid?  It only makes sense that used containers are being utilized to build really awesome playgrounds around the world such as Skinners Park in Melbourne, Australia.  It was created using four containers and even the railings, overhangs, and balconies are made from parts of used containers.  Another unique playground sits in the center of the recently created Downtown Container Park in Las Vegas.  Here a shipping container has been converted into a 30 foot tall tree house with three different slides. 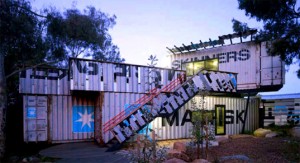 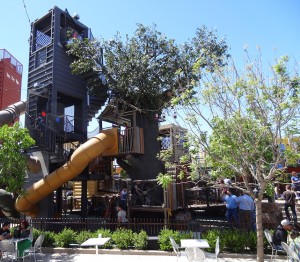 Shipping containers can easily be converted into the perfect pool.  The dimensions (20 or 40 feet long, 8 feet wide and 8 feet deep) create an ideal swimming pool size.  The container can also simply be buried in your backyard to create an in ground pool. 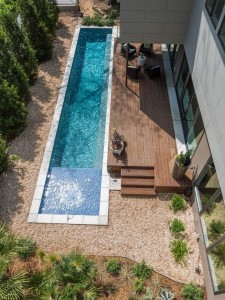 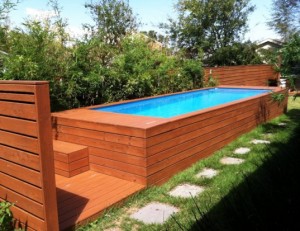 It takes quite a bit of creativity to turn shipping containers into a work of art.  “Trade Deficit”, located in Denver, was created by fusing together four containers to represent the area’s industrial past and the vertical expansion of the city.  Spanish graffiti artists Pichi&Avo, created a large canvas out of stacked shipping containers.  The breathtaking result was featured at a festival in Belgium. 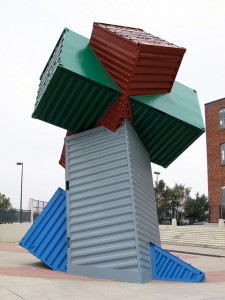 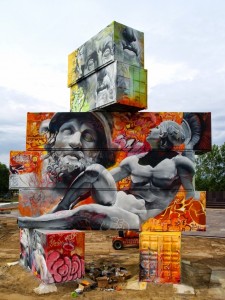 Shipping containers are also a great tool for clever advertisements.  For Power Smart Month in British Columbia, BC Hydro used two containers to promote energy efficiency at home and in the work place.  People passing by could see into the containers to compare the energy consumption of two different users and gained tips on how to be more efficient with energy use.  Nissan used a shipping container to promote its new Armada SUV.  An armada was placed into a container and set up in densely populated areas such as Times Square and South Beach Miami.  The reactions of people passing by were used in the TV ad. 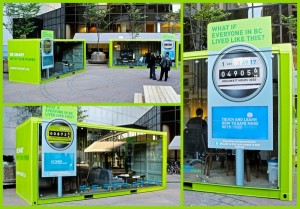 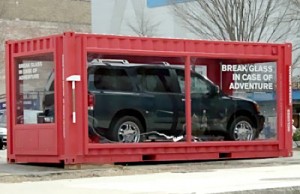